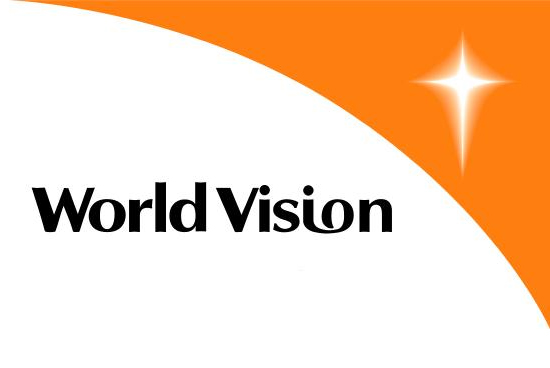 WORLD VISION INTERNATIONAL IS LOOKING FOR AN EXTERNAL CONSULTANT FOR THE BASELINE STUDY.

After five years of war between the Syrian government and opposition groups, with many external actors and interests as drivers of the conflict,  the number of estimated people in need in Syria has increased to 13.5 million.  The target population for this programme have been displaced and are living in camps in Azaz, Northern Syria, at the Turkish border. The target camps of Bab Al-Salamah, Sujjo and Bab Al-Nour are three of the earliest major camps at the Turkish border in Azaz sub-district. Although the situation within the camps themselves has been generally calm, since May there has been intensification in fighting between parties to the conflict in this area (the northern part of Aleppo governorate. Since May 27, an estimated 16,150 individuals in total have been displaced, with most joining settlements adjacent to the Bab Al Salam border crossing point, Azaz town, Afrin and Yazibag. Protection was identified by the 2016 Humanitarian Needs Overview (HNO) as the priority need for women in urban areas, recognizing the impact of the widespread insecurity and violations of international humanitarian law. The increased levels of insecurity and poverty around the country, the psychosocial distress resulting from the ever-present danger of severe injury or death on a daily basis and the future uncertainty are causing severe psychosocial distresses for children. They are also minimizing caregivers’ abilities to provide emotional support and reducing women and girls’ abilities to cope with the crisis, undermining their resilience, and increasing the concerns over growing trends of negative coping mechanisms, such as exploitative sex and early marriage. Female vulnerabilities were not as prominent in the presence of strong safety networks before the conflict. The five years of civil war, however, have exhausted resources, drained men, especially younger men, destroyed the social fabric of communities and not only exposed these vulnerabilities, but also exacerbated them and added new burdens on already vulnerable women.

Although the three camps have seen minimal direct security incidents over the past 5 years, the long-term displacement (as long as five years now) has greatly affected the psychosocial wellbeing of children and various changes in children’s behavior have been reported systematically over the past two years. Levels of domestic violence have reportedly increased considerably as displacement, loss of livelihood opportunities, and the loss of privacy made many men assert their control using verbal, emotional and often physical violence. Through primary Key Informant Interviews, WV staff have noted an increased trend of female-only or so called “widows’ camps” with reports of major incidents of gender inequity like sexual exploitation, restriction of movement, imposed conservative behavior, including dress code and restriction on internet access.

Although the four programme contexts all have their own background and details, a thread of some common driving factors to their situation can be noted.

• Continued fighting drives deepening food insecurity exacerbating household poverty; it can include the destruction or abandonment of schools, worsening education outcomes for children. Insecurity and safety concerns are factors in parents keeping children out of school. Lack of education increases children’s vulnerability to protection issues including recruitment into armed groups and criminal gangs.

Ø  Girls and Boys affected by conflict have improved access to psychosocial rehabilitation services and safe spaces for learning and play.

Ø  Children (13-15) and youth (16-22) have opportunities for growth and development, enabling them to make safe career choices.

Ø  Increased awareness and action on GBV prevention, mitigation and response among women, men, girls and boys.

Ø  Women and girls at risk and GBV survivors are more aware of referral mechanisms and referred to an appropriate quality service provider.

The current project is implemented in Aleppo Governorate, Azaz District, Camps and Azaz city. Estimate total number of beneficiaries targeted by the action is 22.980 individuals.

Purpose: to provide information base against project goal and outcome indicators to further assess the progress within the project final evaluation. The baseline survey will be designed to allow measurement of the degree and quality of change as a result of the project implementation.

Objectives: to set up benchmarks against the project indicators (the ones which will be measured within the base-line evaluation).

A cross-sectional targeted group’s survey will be conducted in Azaz district project locations among the randomly selected project beneficiaries. Two locations project sites will participate in this base-line evaluation – Azaz city and Camps in Azaz district (Bab Al-Salamah, Sujjo and Bab Al-Nour camps). Main focus should be placed on the vulnerable children who are suffering some forms of abuse, dropped out from schools, or living in households headed by women, grandparents, children or chronically ill adults.

Both Base-line and End-line measurements will be exercised through the same structured questionnaire which consists of blocks of questions. The questionnaire is developed in a way to cover all of outcomes indicators with targeted groups of children and parents. The consultant will develop KAP and community surveys that need to be approved by WVT sector specialist.  Data collection will be exercised ethically and in line with principles of child safeguarding and Do No Harm through HHs visits and face-to-face interview with different groups (Men, Women, boys, girls according to age).

The enumerators will be selected by the selected service provider in consultation with WVT Irish Aid Project Management. The service provider will be responsible to coordinate all field logistics. The enumerator should have some previous experience in administrating community-based surveys particularly with children. Prior the data collection process the enumerators should undergo a training, which include research ethics, data confidentiality, survey implementation and child protection considerations. Besides, a detailed and well-elaborated timetable with precise locations, dates, names of enumerators, and itinerary should be developed by the service provider.

Data collection should take place during the month of May and start seven-ten working days. WVT M&E Coordinator will supervise the data collection process. Households are to be visited to request participation. Each enumerator will conduct 25-30 minutes interview to ask closed questions.

For this study it is recommended to use a probability sampling method with a two locations Azaz city and Camps. The overall samples size should be 550 (different groups; men, women, boys and girls with different age) which will be proportionally split into Azaz city and camps. This sampling methodology will limit us to compare the finding at a host communities and IDPs level only and not at a specific location level.

Number of samples, locations and different targeted groups according to indications are clarified in methodology table (Table 2).

Data processing will be exercised in SPSS and analyzed accordingly to set up benchmarks against the project indicators. So, data analysis will be performed for each given project indicator and stratified by project target area, and remoteness or closeness of the target locations.

The Baseline Data Collection arrangement stage will start on May 7th to schedule the detailed timeline and filed visits plan. Furthermore, the enumerators should get familiarized with the evaluation approaches and update their knowledge on data collection techniques, and research ethics. The data collection process itself will take seven working days to cover the determined sample size. The values of baseline indicators are submitted on 16th of May 2017, The Final Baseline Report is anticipated by 31th of May to be further shared with relevant Irish Aid Project Stakeholders.

Logistics for Field Data Collection stage will be arranged by the selected service provider in cooperation with the WVT Irish Aid Project Management. A detailed schedule of the field visits should be developed to ensure proper logistics arrangement. The selected service provider and WVT M&E Coordinator should keep track on the fulfillment of the elaborated schedule to avoid any delays within the data gathering process.

The cost estimation of the base-line measurement should stem from the baseline methodology. So, the following types of expenditure will be covered within the base-line evaluation: 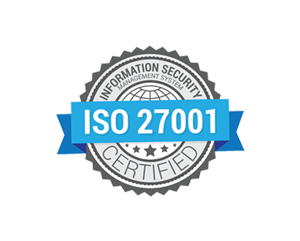